How comes that there are so many fossil shark teeth and other fossils in the area around Venice?

History of the Fossil Shark Teeth

Fifty million years ago, Florida was covered by the ocean and remained so for millions of years. During this time, limestone was accumulated in several layers at the bottom of the sea, creating the “bed rock” of later Florida.

About 30 million years ago, the global climate began to cool down and the sea level fell. A first island of limestone, called “Orange Island”, was created: today’s Northern Central Florida. Rain eroded the porous limestone, creating a cave system with “sinkholes, hollow spaces under the earth, which can suddenly break in and swallow whole houses .

About 20 million years ago, an epoch of great tectonic activity began under the surface of the earth. Earth layers were lifted and Orange Island grew steadily. Soon the present form of Florida could be seen. Land animals began to migrate. Shallow water still covered the coastal regions, but more and more sedimentary water flowed from the Appalachians. The deposits fell to the ground and buried dead marine animals, but also land animals, which did not survive the change between rise and fall of the sea level. This preserved countless teeth of sharks, including the Megalodon Shark. It continued until 5 million years ago.

Today, the sediments have phosphate-rich formations, including those of the Piece River. These formations are usually subterranean; you can see them openly in rivers like the Piece River. Also at Venice Beach such a formation is open. Fossils are washed out and driven to the shoreline.

In addition to fossils from this period, there are other finds from the last Ice Age, which lasted from about 2.5 million years ago to about 11,000 years ago. The sea level fell and Florida’s land mass doubled. Ice-age animals lived here, e.g. Mammoths, Dire Wolves, horses, or the Giant Ground Sloths. As the sea level rose again, it buried the remains of the animals with sediments and so preserved them.

Venice Florida, “The Shark Tooth Capital of the World”

Today you can find a variety of fossils from the different ages in Florida. The beaches around Venice are a wonderful place for that. Especially the fossil shark teeth are so numerous because they have a high density and easily fossil. Sharks always lose teeth, which they also replace again. During his life, a shark can lose more than 10,000 teeth!

All beaches around Venice are wonderful for the search for the fossil shark teeth. However, the greatest success in finding them you will have at our private beach, which you can reach with our South Venice Beach Ferry. The only visitors of this piece of paradise come with the ferry, so this beach is never overcrowded. Bring our “Shark Tooth Sifter Tool” and we guarantee you will find them – Fossil Shark Teeth of Venice! 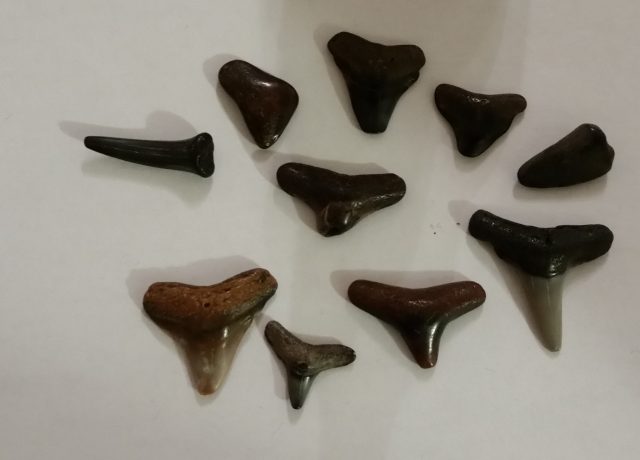 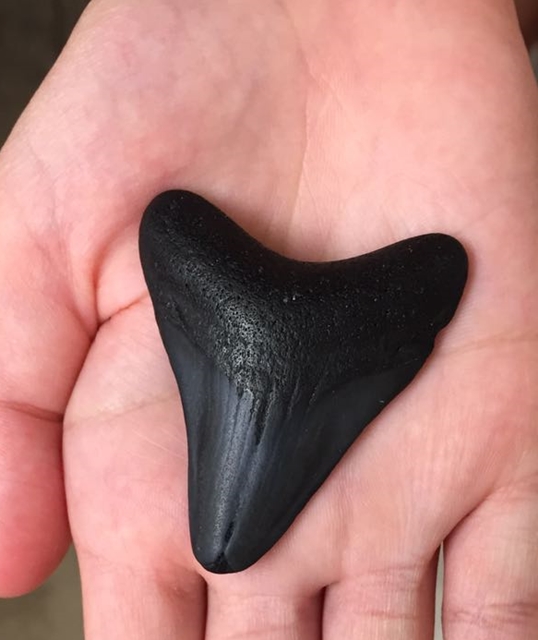 Welcome to our newly built modern pool villa with 3 bedrooms, 2 bathrooms, 1100sf pool deck with lounge area, sunny South-Western exposure, beautiful beaches nearby – only 10 minutes to our favorite beach "Manasota Beach". Bikes for exploring the fantastic bike trails of Venice and Sarasota County are inclusive as well as High Speed internet, WiFi and a phone for free nationwide calls.